Trying to come to a decision about whether you should pursue a divorce often is one of the hardest moments in anyone’s life. Even in situations where one spouse is abusive to the other, it is still very hard. Even when someone knows that obtaining a divorce is the right choice, the fact that it is the death of a dream makes it difficult. There are so many factors to consider in reaching that decision.

At Foley & MacAdie, we understand how complicated and often painful the process is. It is our goal to connect with our clients with compassion and legal analysis to assist them in looking at all of the important factors that go into making the decision. We know that it is a very personal decision and encourage everyone to take their time in making it. We are focused in offering all clients every option available to meet their goals and respect the decisions each make. Our mission is to give each of our clients all of the information they need in order to make informed decisions along the way. 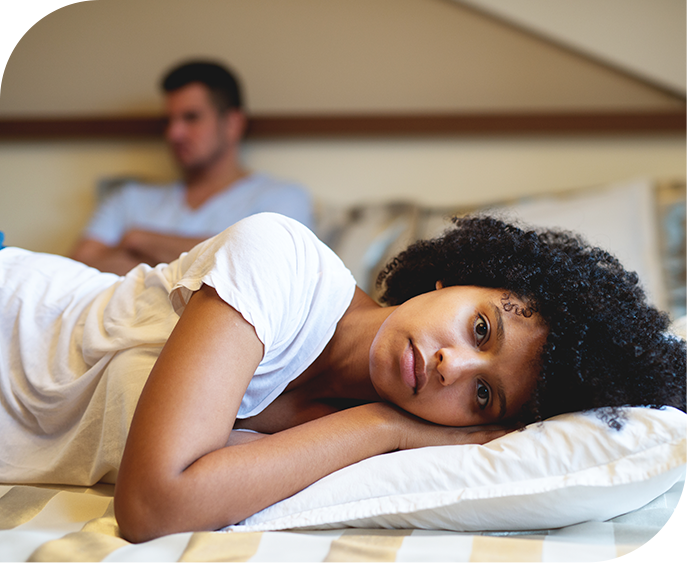 The following topics cover many of the aspects of going through the divorce process, once the decision is made to move forward.

Separation
Agreement
alimony &
spousal support
property
division
annulments
Separation
Agreement
Once the parties have had the opportunity to review all of the information necessary in order to determine what the fair and reasonable terms of the agreement should be, proposals and counter proposals are exchanged until an agreement is reached by the parties. The next steps are to incorporate all of those terms into a document called a Separation Agreement.

A Separation Agreement is a contract that is carefully drafted by the attorneys representing the parties to clearly and unequivocally state the provisions of the agreements made by the two parties. The word “Separation” is a bit misleading, as it really is the divorce agreement. It will be presented to the Court, together with other pleadings, as the document completely embodying the terms of the divorce. Depending on how the terms of the agreement are written, the agreement will be either totally or partially binding and will be either totally or partially modifiable. The Separation Agreement must set forth in detailed language, the agreement reached on many topics, including but not limited to support division of assets, taxes, health insurance, parenting plan, and the assignment of liabilities.
A Separation Agreement must be executed by each of the parties, in front of a notary, and approved by the Court at the divorce hearing for it to become enforceable. Generally speaking, once a Separation Agreement is executed and filed with the court, the parties and counsel must appear at a scheduled hearing before the Court to have their agreement approved. At that time, the Judge will review the documents filed, ask any questions she/he may have and ask the parties to answer certain questions under oath regarding such matters as if they signed voluntarily and believe the agreement to be fair and reasonable under the circumstances. At that time, the Separation Agreement usually becomes part of the Divorce Judgment. However, the judge has an absolute legal obligation to make an independent finding that the agreement is fair and reasonable and not the result of coercion. Therefore, the judge will refuse to accept an agreement if she/he believes it is unfair, or if a topic is not addressed, or if he/she thinks either party did not sign voluntarily or for other reasons. If that happens, then the parties review the problems the court had with their agreement and make modifications before filing the next version.

We believe it is very important for reasonable parties to work towards a settlement and will encourage everyone to do so. Everyone must think about the fact that an agreement reached by the parties may well be much more satisfactory than one decided by the Judge. Parties with children must always remember that they are “parents forever” (quoting an exceptional retired Judge). So we encourage all clients to make decisions with that in mind, unless one party is being unreasonable or engages in bullying. There is absolutely no need to be angry or abusive to the other parent and we will never tolerate it or fail to address it.

If a written agreement is not reached, the matter must be decided by trial, which entails enormous costs, both emotional and financial. Trials cost tens of thousands of dollars, as there is so much work to be prepared for trial, to try the case and then the drafting of post-trial documents for the Court. The parties also usually testify and unfortunately, either testify in ways that cause further damage to the relationship and/or are extremely stressful. If a trial can be avoided, it should be, especially if there are children.

That being said, no person should be bullied into accepting the terms proposed by a controlling or abusive spouse. During the proceedings, the parties will be before the Court, such as at a Pretrial Conference, when the Judge gives guidance as to how the unresolved issues, in general, should be addressed. The Judge cannot give specific advice, as that would result in prejudging the case. But most judges are very helpful in speaking to the parties and to their counsel to help the parties reach agreement and avoid trial.
alimony &
spousal support
Alimony will only be awarded if the income(s) of the parties, the needs of the recipient party and the length of their marriage indicate it is appropriate. If there is child support, there must be more than $250,000 in combined incomes for the calculation. The Alimony Reform Act is the law that governs the circumstances under which alimony is awarded. It may be awarded temporarily or for a defined duration. Generally, it is appropriate when one spouse earns significantly more than the other spouse, again who has demonstrated need for the alimony and for a specific length of time based on the length of the marriage. Once we have the necessary financial information, we help our clients determine whether alimony is appropriate in your situation and, if so, what amount of spousal support should be awarded and for how long. If alimony has already been awarded by agreement or court order, we work with clients to modify spousal support in the appropriate circumstances.
property
division
The division of assets during a divorce can be difficult, absent an enforceable Prenuptial Agreement. It may be emotionally challenging for a party to understand that the assets acquired in their own name during the marriage are to be divided with their spouse equitably, which means fairly and not necessarily equally. The Courts tend to start with an assumption that the assets will be divided 50/50, more or less, before other factors are weighed to determine what is equitable. The law, basically, is that contribution to the acquisition, preservation and/or appreciation of the assets form the basis for equitable division, with no regard as to how title is held. Economic and non-economic contributions are equally weighed, meaning that the effort a stay at home parent makes is weighed equally to the effort the wage earner makes, in general. If one party engaged in dissipation of assets during the marriage, that factor will be heavily weighed and may result in the court determining that the amount dissipated will be considered as a predistribution to that party.
All financial information must first be exchanged and understood before the division can be proposed. Numerous factors and considerations must be taken into account when forming a proposal. All assets must be identified and valued as a starting point. If there are assets that were brought to the marriage, they must be evaluated as to whether they are includible in full or in part in the marital estate subject and therefore, subject to division.

Likewise, liabilities must be assigned to each of the parties, regardless of who incurred the debt. The more important factors include who benefitted from the debt being incurred and whether a party engaged in fraud in incurring the debt.

Foley & MacAdie, P.C. is highly experienced in high asset division involving complex financial analysis and evaluation of instruments including royalties, stock options, pension plans, retirement accounts and annuities. In working to achieve an equitable distribution of the assets, we focus on fully meeting the needs of our clients, both present and future. We will assist you in dividing both the marital assets and debts in a way that is most beneficial to your interests.

annulments
We understand that sometimes couples enter into marriage without a full disclosure of important facts from the other side. In certain situations, a married couple without children can have their marriage annulled, though the circumstances are extremely limited. Most often, a marriage can be annulled under the following circumstances:
Our attorneys have extensive experience dealing with annulment and divorce matters. We would be happy to discuss your situation to determine your best options to address your goals.
Learn more about our
Limited Assistance
Representation Services
READ MORE
Learn more about our Limited Assistance Representation Services
READ MORE
Feeling overwhelmed during a
difficult divorce?
Feeling overwhelmed during
a difficult divorce?
We are here to help! Set up an FREE initial telephone consultation today.
Schedule a free consultation today
Ⓒ 2022 Foley & MacAdie, P.C. All Rights Reserved. | Legal Notice
We use cookies on our website to give you the most relevant experience by remembering your preferences and repeat visits. By clicking “Accept”, you consent to the use of ALL the cookies.
Cookie settingsACCEPT
Manage consent

This website uses cookies to improve your experience while you navigate through the website. Out of these, the cookies that are categorized as necessary are stored on your browser as they are essential for the working of basic functionalities of the website. We also use third-party cookies that help us analyze and understand how you use this website. These cookies will be stored in your browser only with your consent. You also have the option to opt-out of these cookies. But opting out of some of these cookies may affect your browsing experience.
Necessary Always Enabled
Necessary cookies are absolutely essential for the website to function properly. These cookies ensure basic functionalities and security features of the website, anonymously.
Functional
Functional cookies help to perform certain functionalities like sharing the content of the website on social media platforms, collect feedbacks, and other third-party features.
Performance
Performance cookies are used to understand and analyze the key performance indexes of the website which helps in delivering a better user experience for the visitors.
Analytics
Analytical cookies are used to understand how visitors interact with the website. These cookies help provide information on metrics the number of visitors, bounce rate, traffic source, etc.
Advertisement
Advertisement cookies are used to provide visitors with relevant ads and marketing campaigns. These cookies track visitors across websites and collect information to provide customized ads.
Others
Other uncategorized cookies are those that are being analyzed and have not been classified into a category as yet.
SAVE & ACCEPT